Day 5
Since court was scheduled for Friday afternoon, we spent our last day at the orphanage with just one (shortened) morning visit, which included a small amount of play time and snack for Alina, and a trip to the market (with Alina and one of her nannies) to purchase a gift to leave with the groupa. 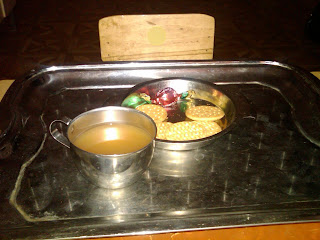 Morning snack:  Warm apple cider,
biscuit cookies (tasted like graham crackers)
and a piece of candy
(An aside...we have no idea why there was a piece of candy on the tray, or if that was common practice.  It was a hard and somewhat chewy chocolate, which I immediately took from her plate for fear she would pop it in her mouth and choke.  The funny not-so-funny thing, is that the woman who came out when Alina was finishing her crackers decided that Alina had not eaten as quickly or as much as she should have, and proceeded to shove 3 whole crackers in Alina's mouth at once, while scolding Alina and giving her orders to swallow her food.  She kept looking at me as if to say, This is what you do when she doesn't finish her food.  Chris and I were both in shock.  I tried a few times to reach out and help Alina spit out the food she was trying to gag down, only to have my hand swatted away.  Alina's eyes were big, and she was really trying to comply.  We believe that she followed directions closely while in the orphanage.  The whole episode was an eye opening and jaw dropping experience--the only one of its kind the whole time we were there, but it served as a good reminder for us, as we began to transition Alina into family life, that we'd need to step back and consider the environment and expectations of the only life our little girl had ever known.
We believe that she was very well cared-for overall, and that the majority of the workers in Alina's orphanage did the best they could under the circumstances.  Many seemed to really care about the children.  But the reality of the situation is that money and resources are limited, and the children far outnumber the staff.  There is not much leisure.  Everything about orphanage life is functional in nature.) 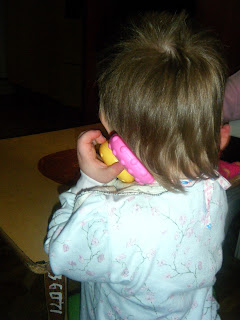 "Yes, I'd like to book a flight out, please."
Rather than bring something with us from the States to leave with Alina's groupa, we decided to wait until we we'd visited the orphanage to select a gift for them.  And rather than guess what they might like or need, we decided to ask.  A new stroller, table or rug for the room?  A nice supply of a particular type of toy or other item?
We had no idea what they might want, so we were very surprised after the caregivers all met to discuss and came to us with this answer:  new shoes for the remaining children for the spring and summer--not a luxury item, but a necessity.
It really puts things in perspective, and we were glad to be able to help with such a basic need.  Many of the children in Alina's groupa had orthopedic issues and the nannies wanted safe, reasonable quality sandals and close-toed shoes with good support for them.  They knew exactly what they wanted and who to send with us to get it ;). 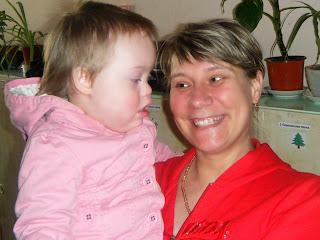 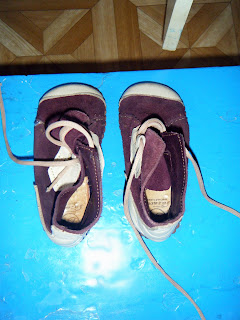 Alina's orphan shoes
At the market


Alina's shoes (the pair pictured above) were well worn and actually fell apart as we were walking into a shop that morning. The sole came completely unglued from the upper portion on one of the shoes and fell off, and the other sole was beginning to pull off as well. We were about to toss the shoes when Alina's nanny grabbed them and motioned that they would re-glue and reuse the shoes.
Court
We were scheduled to appear in court at 2 p.m. that afternoon, so we left the orphanage as soon as we returned from the market. We ate a quick lunch and got dressed in our "nice" outfits. Our facilitator, Marina, was waiting for us in the lobby of our hotel by about 1:15. She wanted us to leave well in advance, even though the courthouse was only about ten minutes from the hotel, to make sure we were not late for our hearing. 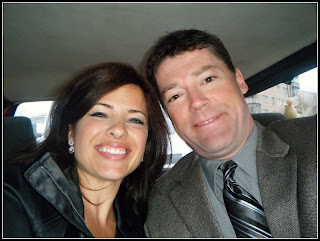 When we arrived in Zaporozhye this past Monday, it looked like late winter. In less than a week's time, the trees have started sprouting leaves.  There are cherry blossom trees all over this town, and they are in full bloom right now. They are gorgeous and have become our symbol of this new life--for Alina and for us.

There is a new blossom on our family tree... 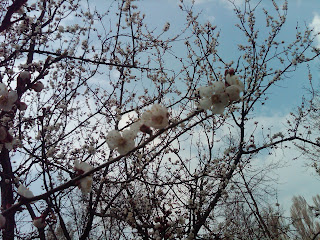 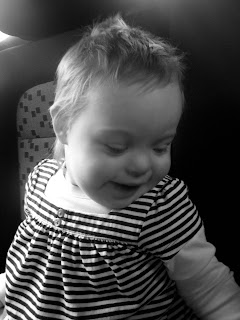 Next up:  Images from Zaporozhye and Gotcha Day